What is the Difference Between Brand and Branding? 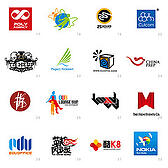 
A few years ago I was in a seventh grade classroom where the students were studying the American West in the 1800s. A man dressed in chaps, boots and a 10-gallon hat brought his rope and a branding iron into his story. That was the first time I connected my marketing concept of branding with an earlier model.

I also realized that there is a difference between branding (an act) and a brand (an object). A company can have great branding, a great name, slogan, color scheme, but still not have a great brand.  Likewise some companies don’t have good names, may have ugly colors and horrible slogans, but they have great brands. The brand does a great job of communicating what this business does well.

Start-up businesses need to think not just about who they are, what they look like and what they do, but also what they want to mean to their customers or clients.  If you don’t have a way to hook your potential clients into looking in, you won’t convert them.

Let’s look at how having a strong brand can have good branding that follows it. Now that sounds like putting the cart before the horse.

Our example is 7-11 convenience stores. When they began, they were competing with suburban grocery stores and urban corner stores, both of which were open for the same hours as most people worked--from 9-5. The 7-11 hook was that for their customers’ convenience, they kept longer hours from 7 a.m. to 11 p.m. and that drove their branding. The name said it all. They didn’t need a slogan. The logo and colors, clear on a small lighted sign, needed to be seen before daylight and after dark.

Other stores snapped to the hook of convenience over quality and brand promises. They started keeping longer hours. So what did 7-11 do? They stayed open round the clock in most locations. But they didn’t change their name to 24-7. They didn’t need to because they already owned the convenience store idea brand and soon everybody learned that 7-11 never closed.

What did the other stores do to compete? The groceries stayed open all the time and many of the corner stores died. Superstores sprang up and stayed open all the time offering “low prices and selection at any time” brands. 7-11 came back and promoted the idea that its smaller physical size redefined convenience as “fast in and out.” Meanwhile the superstores continued to grow as their means of competing.

7-11’s success spawned a slew of directly competitive imitators who added gasoline to their convenience stores. But 7-11 had massive global reach and superior logistics and they began adding gasoline, added lower prices and fresh snacks and sandwich meals. They were now competing with fast food take-out places and began offering lower priced, faster breakfasts and lunches.

7-11 started with good branding. Their name/logo was easy to say,  to remember and see on that little lighted sign. The red and green coloring aided the idea of stop and go. Then when their competition changed, they were able to meet and exceed every change.

Back to the idea of brand and branding for a colassal finish here. 7-11 had a great brand and they were able to change their branding as the competition changed. The brand stayed the same as the branding changed.