Does your website appeal to your potential customers and clients? You might be surprised to discover that it isn’t. You had it professionally created and you did the traditional market research by asking all your friends and neighbors if they liked it. But I have discovered that what people say they think and feel doesn’t always match what they really do, so focus groups and surveys can’t always give an accurate insight. By measuring the brain’s response through a new technique called neuromarketing, we can cut through misdirects and learn what people are really responding to. I am not going to suggest that every little business can do its own research using neuromarketing, but there already is some scientific information that you can use to improve your website or internet marketing sales campaign.

First let me show you the truth about traditional focus groups. In a recent event in Toronto presented by Girl Geeks Toronto, Asif Khan, from the Location Based Marketing Association, Diana Lucaci and Katerina Juskey talked about how marketers are using Location Based Marketing (LBM) and how neuromarketing measures brain responses to really understand how users are truly responding to marketing messages.

Check out the full story on the Girl Geeks Toronto blog, written by Sandi Jones. Below is a short excerpt.

“Diana Lucaci from True Impact brings science into the boardroom, using tools that measure brain response to show marketers how users respond to their content. . . .

One of Diana’s intriguing use cases involved three stop-smoking ads being shown to a focus group, which chose ad “B” as the most effective, while fMRI scans showed people really preferred ad “C” and in the real world, ad “C” drove 3 times as many calls as the others. Ads “A” and “B” were both based on rational arguments against smoking, the reasons we all want to believe we make decisions, while ad “C” tugged the heartstrings, addressing how hard it is to quit and how smoking affects our families. The fMRI was able to show that despite what the focus group respondents told marketers (and themselves!) the emotional appeal is the one that really worked.”

Neuromarketing is a relatively new field of marketing research that studies consumers’ cognitive and emotional responses to marketing stimuli as measured by new technology. It seeks to learn why consumers make the decisions they do and what part of the brain our decisions stem from. Here is an explanation of the technology it is based on from Being BOLD: Understanding functional Magnetic Resonance Imaging.

“Many of us have heard of MRI, which stands for magnetic resonance imaging – a non-invasive technique that uses a scanner to produce vivid images of the human brain. But most researchers aren’t interested in static images; they are trying to understand dynamic, real-time activity in various regions of the brain. That’s where functional MRI, or fMRI, comes into play. While a subject is lying in the scanner, they can see a computer screen that will play any number of stimuli. Depending on the Marketer’s and Researcher’s hypotheses, subjects can be shown a video (such as a commercial), a series of images (of various products or logos), or a cognitive task (like a decision making paradigm). 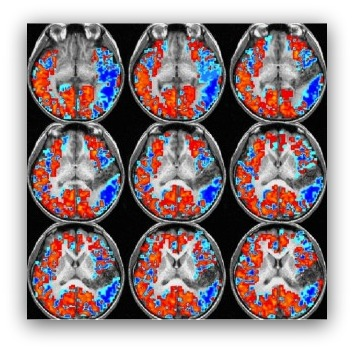 An fMRI obtains images by sending radio waves within the core of an incredibly strong electromagnet – which is on average 50,000 times greater than the Earth’s magnetic force. Once a person enters the magnetic field, the proton molecules in their bodies line up. Protons are electrically charged particles that are found in the nuclei of oxygen atoms, which play an important part in producing the images captured during fMRI. Just like any other organ or muscle in the body, when a given brain region is put to use it receives an increased supply of oxygen rich blood to “feed” the millions of neurons hard at work. The fMRI sends a radio wave pulse to knock the protons out of their configuration, and when they line up again the protons release a signal that is read by the scanner. The resulting blood-oxygen-level-dependent, or BOLD signal is what allows Neuromarketers and Researchers to know which brain regions are responsible for processing an image of a preferred shirt colour, or emotional responses to a song heard during a commercial. Radio pulses can be sent every one or two seconds, which provide an output of multiple images that can be analyzed for changes in BOLD signal over time.”

Just what is our reptilian brain?

One of the bits of information gleaned from these studies is that the best marketing techniques come from data that goes straight through to the brain bypassing conscious thought. To know where we want to go we will have to look first at where we do not want to go. The areas of the brain that we want to stay away from are the ones known as the reptilian brain. I am sure you have heard about the term, but do you really know what it means? It doesn't not have anything to do with men versus women.

Mona Elesseily gave an excellent explanation of what the reptilian brain is and how it negatively impacts neuromarketing in 3 Neuromarketing Considerations For Landing Page Optimization where she talks about brain shortcuts. Some of the shortcuts are good and some are marketing disasters.

“Why Are Brain Shortcuts Important?

The answer stems from our reptilian brains – the part of the brain responsible for survival and that’s the most powerful and oldest of our coping brain functions. It is responsible for the following actions:

So what does work?

Now that we know the areas that we do not want to use for marketing, as learned from the fMRI research, it’s time to look at the sorts of campaign or website design tactics that will be the most profitable. In a blog by Ethan Hale, The Basics Of Neuromarketing | Fast Company, Hale tells us what we should do to connect with our customers in the smartest way,

“Neuromarketing is becoming more and more of a popular answer. If you’re unfamiliar with it, neuromarketing is a science that’s based on the fact that 95% of all thoughts, emotions, and learning occur before we are ever aware of it, according to Roger Dooley, the author of Neuromarketing and Brainfluence. That means most of us are actually only talking to 5% of our potential customers’ brains!

Fortunately, scientists are able to study just what kind of marketing hits that other 95% of our brains in the right way, according to this ABC News report. For example, Campbell Soups studied the brain’s reactions to different aspects of its marketing visuals--and ended up changing its iconic soup labels for the first time in decades, based on the results of the research.

Here are a few suggestions from Christophe Morin, the “Chief Pain Officer” of SalesBrain, a neuromarketing agency, as told to The New York Times:

Don’t Take Too Long
Our brains are getting inundated with messages all day long--so they respond well to pitches that are short and sweet. Short impactful statements on the homepage can do the job a whole lot better than huge blocks of copy that overexplain what you’re all about. Instead, focus on quick ways to sum up how your product or service can change the customer’s life for the better. 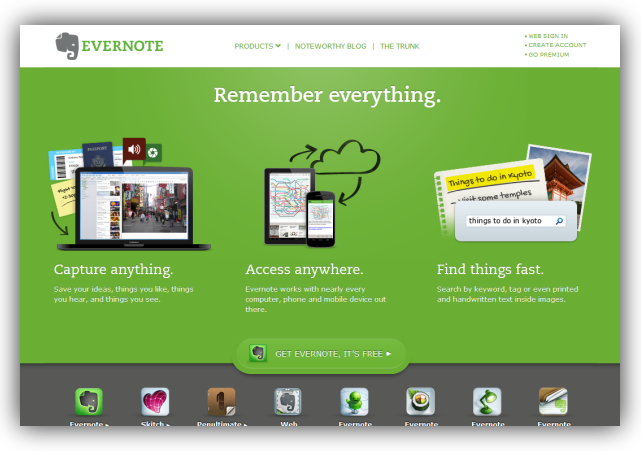 Seeing Is Better than Reading
What our eyes see connects directly with the unconscious parts of the brain that marketers want to reach. Photos and pictures are a great way to sell concepts quickly and directly in a brain-pleasing way. And, by the way, facial expressions are great to use--our noggins immediately identify with them.

Have a Strong Start--and a Big Finish
The brain notices how you begin and how you end more than what you’re saying in the middle, so you want to make sure that your site (and your content) has an attention-getting open and a close that really makes your case in dramatic fashion.

Stay Simple
If you’re too clever or too abstract, the clients’ brains are going to want to move on. Make sure your content is written clearly in language everyone can understand (unless you’re serving a niche audience that expects more technical or sophisticated language).

Employ Emotion
Emotion hits our underground intellect more powerfully than the most effectively worded argument. It makes whatever the message is more memorable as well. Go beyond facts to make your customers feel.

Many of the points made above simply confirm marketing advice given by experts over the years--but neuromarketing has demonstrated there is real scientific validity to these recommendations.”