"6 Degrees of Separation" is Old News 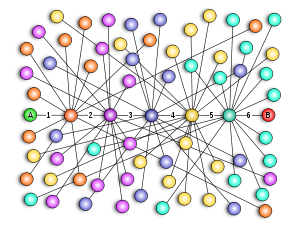 What does this tell the wise social media Facebook Fan Page owner? What about the new business owner who is unsure about whether to tread the unknown depths of social media at all?

First let's look at some more statistics. To come to the new number, the Facebook data team looked at how many friends users had. They determined that the total number of Facebook users has risen, driving the average down.

Another thing the data teams research revealed was that there were some 721 million active Facebook users with around 69 billion friendships.

Here are some other statistics:

What does this mean to social media marketing? It means that if someone likes your page, that information shows up on his page where it is seen by an average of 100 people, some of whom might be interested in your page. They may like your page to their average number of 100 people. By the time this has happened 4 to 5 times, your page could be seen and liked by a whole lot of people. I dont know if anyone can predict the exact number for that, but it is a serious consideration. This kind of information makes social media much more appealing, doesn't it?

How has your Facebook fan page been received? What have you done to improve your visit rate?

Jaco Grobbelaar, owner of BroadVision Marketing, helps business owners and business professionals put marketing strategies in place that consistently secure new clients. He can be reached at jaco@broadvisionmarketing.com or 707.799.1238. You can Like him at www.facebook.com/broadvisionmarketing or connect with him on www.linkedin.com/in/JacoGrobbelaar.