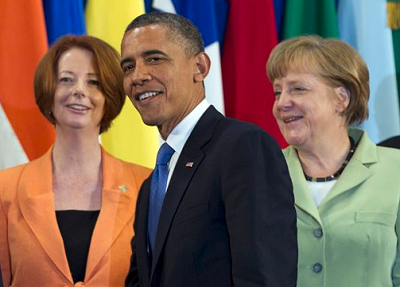 There is something magic about turning 50. Those of us in the Generation Jones demographic have reached the age when we aren’t too young to be dismissed and we aren’t too old to be on fixed incomes.  In fact in the US, like in many other countries, Generation Jones has taken over the reins of political and business power. After approximately 20 years of international Boomer leadership, the torch has been passed to Jonesers, who now comprise over two thirds of the current Presidents and Prime Ministers of EU and NATO member countries. America’s Obama, France’s Sarkozy, Germany’s Merkel, Australia’s Gillard, New Zealand’s Key, and Canada’s Harper are some of many GenJones leaders who are redefining global affairs. This array of dignitaries is mirrored in our local political and leadership officials. Local inbound marketers need to take note.