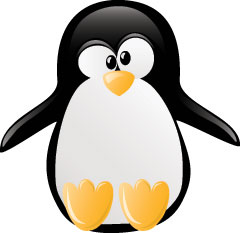 For the past few weeks, we (Barry and Ben Pfieffer--ed.) have been reporting on speculation in the forums that Google released a Panda refresh. The Penguin 1.1 update is now officially live.

All of those speculative posts were down right wrong, according to Google. But Google's Matt Cutts has tweeted that a Penguin update is now live - the moment many of you have been waiting for.


Minor weather report: We pushed 1st Penguin algo data refresh an hour ago( that would have been about10 a.m.--ed.). Affects <0.1% of English searches.

Personally, I think all those times we reported on Penguin updates - I think those were live tests of what we see now. I think Google was testing this and some webmasters picked up that their sites either recovered or newly hit. Of course, there are many who were under the false understanding that they were hit by Penguin. But for the most part, I believe these were live tests. I can easily be wrong.

Those updates were on or about May 13th, May 15th and last night on May 24th.

So now we have it - I hope those who were hit by the original Penguin update on April 24th have recovered.