Addicted to ads: Part 3 of a three-part discussion

This is the third part in a series based on the 30+ year old Advertising's 15 Basic Appeals, by Jib Fowles, quoted by Shirley Biagi, in her textbook “Media/Impact: An Introduction of Mass Media”( now in its 8 th edition) and put on the internet by Frank W. Baker at http://www.frankwbaker.com/fowles.htm.  We have covered appeals for sex, aggression, attention and domination, some pretty hefty appeals as well as some more benign ones like the need for affiliation, nurture and guidance. Let’s see what the last set of needs appeal to. 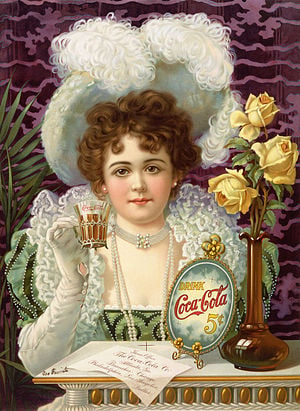 Shirley Biagi, wrote a textbook Media/Impact: An Introduction of Mass Media now in its 8 th edition, that put Fowles list of appeals in her book.  At the time of Biagis 4 th edition, Frank W. Baker took the list from her book and put it on the internet at http://www.frankwbaker.com/fowles.htm.  Bakers interest is in education and media literacy.

Back to Advertising Basics

Since we have been having conversations about large businesses taking over social media as an advertising platform, I think it’s time to back up a bit and consider the basics of advertising.

What is advertising? Advertising is a way to persuade a targeted group to do something in regard to ideas, services or products.  It can take many different communications forms. The purpose is to drive the targeted group into behaving in a certain way. Advertising can be about buying products, but also about things like selecting a political side and voting.  The driving force pays for the advertising and places it in mass media settings, including but not limited to television commercials, direct mail, magazine, newspapers, bill boards and, of course, social media websites, email and text messages.