The Press Release is Dead! 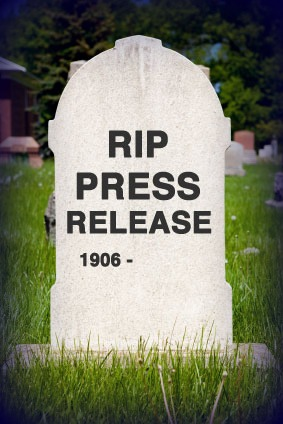 Made you look. I am stepping into the age-old debate on press releases where everyone wants to add his 2 cents. Last April 2012 in an article called 4 Ways to Rethink the Press Release,  Jonathan Rick said, “Every year, for the last ten years, someone has proclaimed that the press release is dying. While the rumors of its demise are exaggerated, they are not totally unfounded.”