Cohorts play a very important role in the world of marketing. Learn about what cohorts are in relation to marketing with help from an employee recruiter and trainer in this free video clip. 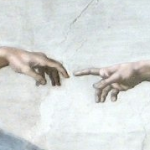 Lead nurturing is no different from building any longterm relationship. You need to foster respect and trust, be a good listener and keep things interesting.

Nurturing your leads will increase your sales. How is that done effectively? 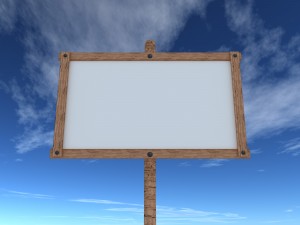 Do you have a marketing message that grabs your prospects attention?


Are you ready to take your business and marketing to the next level? Have you set your goals for 2012 and now wonder how to achieve it? Then you are at the right place. The Fast Track to More Clients marketing coaching program will help you to achieve your marketing goals.

There are five main challenges in marketing a business:

1. Getting the attention of prospective clients.

2. Giving them enough information to interest them in exploring working with you.

3. Turning that interest into a commitment to work with you.

4. Negotiating the terms of doing business so that you make a decent profit

5. Serving clients so that they both return and send you referrals.

If you can do all of those things you don't need marketing coaching.

What do you get when you link attention with economic value creation? Attentionomics, which Steve Rubel says is a combination of infinite content options (space) but finite attention (time). Where is Einstein when you need him?

Rubel is EVP/Global Strategy and Insights for Edelman - the world's largest independent public relations firm. He starts by looking at Twitter. They have a staggering 110 million tweets a day and it’s growing. But the problem is that each tweet decays almost as soon as it is released. There are 71% of tweets that get no response. 6% get retweeted and 23% get an @ reply. Some 92% of all retweets and 97% of replies occur within the first 60 minutes, according to Sysomos.

What do you say when someone asks you what you do? This is a great opportunity to use Your Core Marketing Message, utilizing Marketing Syntax. The combination of Target - Problem - Outcome - Story will typically get more attention and interest than talking about your process, benefits and features.

What do you do?

How do you do that?

Marketing Syntax - The Language of Marketing

Did you know that Marketing has a very specific language and syntax?

The purpose of this language is to get attention, generate interest, arouse desire, and stimulate action.

But most of us dont understand this language or even realize that it exists. I call this language Marketing Syntax and this is how it works: Its simply a matter of putting your marketing communication in the right order. The correct order of your marketing ideas always gets better results than if the ideas are in the wrong order.

1. Target - Who are your ideal clients?

2. Problem  What is your prospects issue or challenge?

3. Outcome  What result or outcome would they prefer?

4. Story (Proof)  Stories or case studies of moving from problem to outcome.

Your Marketing Message is the complete message that needs to be consistently communicated to your prospects and clients.

Does it clearly communicate who you are, what you do and the benefit you bring to your clients?
END_OF_DOCUMENT_TOKEN_TO_BE_REPLACED
0 Comments Click here to read/write comments