What to Do With QR Codes 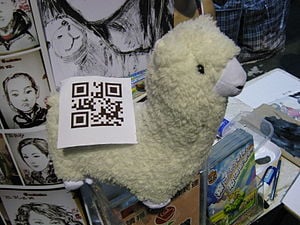 As QR codes become more common you are going to see them used in many creative ways.  I just started looking for them, using them and I am fascinated.

Here is a list of some of the ways you might want to use them for your business.

Something New Under the Sun

What in the world is that?

I’m sure that you have seen some of these around and have wondered what it is. It’s called a QR code and it might be the best thing in advertising since sliced bread.

QR is short for Quick Response, which is what you get when you use it.  You can insert it into an ad, a direct mailer and even a sign in the middle of a park; and people get instant access to any information stored digitally over the internet.

This new technology might be or might not be a real change in advertising. It’s been around for about a year and people are impressed.

Are You Aware of the Mobile Web? 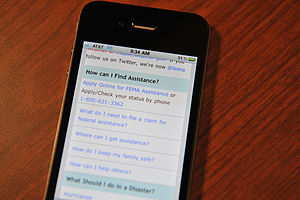 What is the mobile web? I have never heard this term before I found an article about it. The mobile web is the next step in computing. There are expected to be more smart phones sold this year than computers. Vendors need to gear up to use the mobile web to sell their products.

Knotice has produced an elegant whitepaper talking about how vendors can use the power of the mobile web. Over the next decade, the mobile Web will be a key conduit for your customer relationships, and foundational to your overall mobile strategy, the introduction says. The key for businesses? Using the mobile web in a purposeful and relevant manner to better serve customers.